ALLY - Describes someone who supports a group other than one’s own (in terms of racial identity, gender, faith identity, sexual orientation, etc.). Allies acknowledge disadvantage and oppression of groups other than their own; take risks and supportive action on their behalf; commit to reducing their own complicity or collusion in oppression of those groups and invest in strengthening their own knowledge and awareness of oppression.

CULTURE - A social system of meaning and custom that is developed by a group of people to assure its adaptation and survival. These groups are distinguished by a set of unspoken rules that shape values, beliefs, habits, patterns of thinking, behaviors and styles of communication.

CULTURAL COMPETENCE - The ability to function effectively in a society of culture variation.

DISCRIMINATION - The unequal treatment of members of various groups based on race, gender, social class, sexual orientation, physical ability, religion and other categories.

DIVERSITY - The wide range of national, ethnic, racial and other backgrounds of U.S. residents and immigrants as social groupings, co-existing in American culture. The term is often used to include aspects of race, ethnicity, gender, sexual orientation, class and much more.

ETHNICITY - A social construct which divides people into smaller social groups based on characteristics such as shared sense of group membership, values, behavioral patterns, language, political and economic interests, history and ancestral geographical base.

GENDER BINARY – The idea that there are only two genders and that every person is one of those two.

GENDER EXPRESSION – The external display of one’s gender, through a combination of dress, demeanor, social behavior, and other factors, generally made sense of on scales of masculinity and femininity. Also referred to as “gender presentation.”

GENDER FLUID - Gender fluid is a gender identity best described as a dynamic mix of boy and girl. A person who is gender fluid may always feel like a mix of the two traditional genders, but may feel more man some days, and more woman other days.

GENDER IDENTITY – The internal perception of one’s gender, and how they label themselves, based on how much they align or don’t align with what they understand their options for gender to be. Common identity labels include man, woman, genderqueer, trans, and more. Often confused with biological sex, or sex assigned at birth.

GENDER NON-CONFORMING – A gender expression descriptor that indicates a non-traditional gender presentation (masculine woman or feminine man) 2 a gender identity label that indicates a person who identifies outside of the gender binary. Often abbreviated as “GNC.”

LGBTQ – Lesbian Gay Bisexual Transgender and Queer and/or Questioning (sometimes people a + at the end in an effort to be more inclusive);

MINORITY - A culturally, ethnically, racially, or religious group that coexists and have a distinctive presence within a society.

OPPRESSION - The systemic and pervasive nature of social inequality woven throughout social institutions as well as embedded within individual consciousness. Oppression fuses institutional and systemic discrimination, personal bias, bigotry, and social prejudice in a complex web of relationships and structures that saturate most aspects of life in our society. Oppression denotes structural and material constraints that significantly shape a person’s life chances and sense of possibility.

Oppression also signifies a hierarchical relationship in which dominant or privilege groups benefit, often in unconscious ways, from the disempowerment of subordinated or targeted groups. Oppression resides not only in external social institutions and norms but also within the human psyche as well.

Eradicating oppression ultimately requires struggle against all its forms, and that building coalitions among diverse people offers the most promising strategies for challenging oppression systematically.

PERSON OF COLOR - A term used to describe all people who are not white. The term is meant to be inclusive among non-white groups, emphasizing common experiences of racism. People of color was introduced as a preferable replacement to both non-white and minority, which are also inclusive, because it frames the subject positively; non-white defines people in terms of what they are not (white), and minority frequently carries a subordinate connotation.

RACE - A social construct that artificially divides people into distinct groups based on characteristics such as physical appearance (particularly color), ancestral heritage, cultural affiliation, cultural history, ethnic classification, and the social, economic, and political needs of a society at a given period of time. Racial categories subsume ethnic groups.

RACIAL AND ETHNIC IDENTITY - An individual’s awareness and experience of being a member of a racial and ethnic group; the racial and ethnic categories that an individual chooses to describe him or herself based on such factors as biological heritage, physical appearance, cultural affiliation, early socialization, and personal experience.

RACIAL EQUITY - The condition that would be achieved if one’s racial identity no longer predicted, in a statistical sense, how one fares. When we use the term, we are thinking about racial equity as one part of racial justice, and thus we also include work to address root causes of inequities not just their manifestations. This includes elimination of policies, practices, attitudes and cultural messages that reinforce differential outcomes by race or fail to eliminate them.

RACISM - A complex system of beliefs and behaviors, grounded in a presumed superiority of the white race. These beliefs and behaviors are conscious and unconscious; personal and institutional, and result in the oppression of people of color and benefit the dominant group, whites. A simpler definition is racial prejudice + power = racism.

RIGHT - A resource or position that everyone has equal access or availability to regardless of their social group memberships.

SOCIAL JUSTICE - A vision of society in which the distribution of resources is equitable and all members are physically and psychologically safe and secure. Social justice involves social actors who have a sense of their own agency as well as a sense of social responsibility toward and with others and the society as a whole.

UNDERREPRESENTED - Racial and ethnic populations are underrepresented relative to their numbers in the general population. Data suggests that these student populations include but are not limited to Black/African American, Chicano/Mexican American/Latino, and Native American/Alaska Native students. Five- year trend rates for students from underrepresented groups will be a measure of historical under-representation.

TCCNHS has provided me with a second family, as well as an amazing education. We are provided with quality study areas and understanding, well-educated professors. I have found MY place at TCCNHS, and I could not be happier! Abby McConnell , BSN student

I always knew I wanted to make a difference in the medical field. I chose The Christ College because I felt the professors and staff could help me become the life-changing, life-enhancing, life-influencing nurse I want to be. So far, I have grown as a student and a person, and I know I am in the right place to grow into a phenomenal nurse! Alexis White , BSN student

Helping others has always been a passion of mine. After working in the health care field for over 5 years, I decided to pursue a career in nursing. I knew that attending The Christ College of Nursing would be a great fit for me. Alice Moody , BSN student

The RN to BSN program gave me the opportunity to successfully transition into obtaining my BSN degree while working and being a mother full-time. This program is designed to foster a perfect balance for both personal and professional responsibilities, with flexible schedules, online resources and exceptional faculty support. One of the best experiences of my life! Alondra Cassidy, RN , RN-BSN student 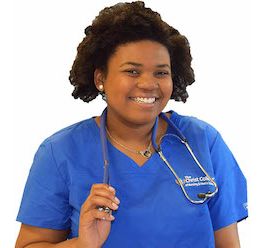 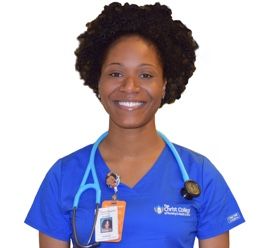 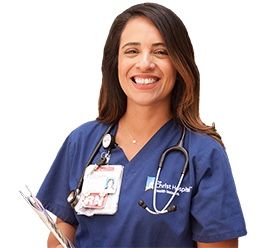